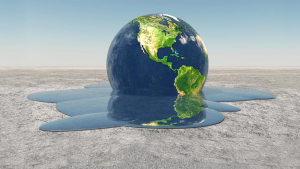 In October 2018, the Federal Government announced plans to ensure pricing on carbon pollution was being introduced across Canada. As a result, residents of provinces that had not adopted the federal fuel charge system (Ontario, New Brunswick, Manitoba, and Saskatchewan) noticed an increase in goods like gasoline and natural gas. To combat these increases, the government introduced the Climate Action Incentive (CAI) to be applied to our 2018 and subsequent year tax returns.
The Climate Action Incentive (CAI) is a refundable tax credit introduced for all taxpayers residing in Ontario, New Brunswick, Manitoba, and Saskatchewan. Any taxpayer 18 years or older will need to file a personal income tax return to be able to receive this payment, even if there is no requirement to file. The CAI payments are expected to increase annually as price on carbon pollution in Canada rises.

There can only be one claim per family. The base amounts for 2019 tax year are as follows:

Single parents can claim $224 for themselves, $112 for their first child, and $56 starting with their second child.

Let’s consider an example for 2019 tax year:
John and Sara are a married couple with 2 children, Amaya and Michael, both under 18 years of age. The CAI claim for the family be $448, computed as follows:

If John chooses to claim the CAI credit, $448 will be applied as a refundable tax credit on his 2019 income tax return.